Almost 8 months after the presentation of the iPad 2018 and in full Keynote, Apple has presented several products that although they are remodeled and updated, the brand maintains its position on labeling them as new products. Among them and how could it be missing, is the iPad Pro 2018 that will have 4 main variants and several configurations with upgrades. 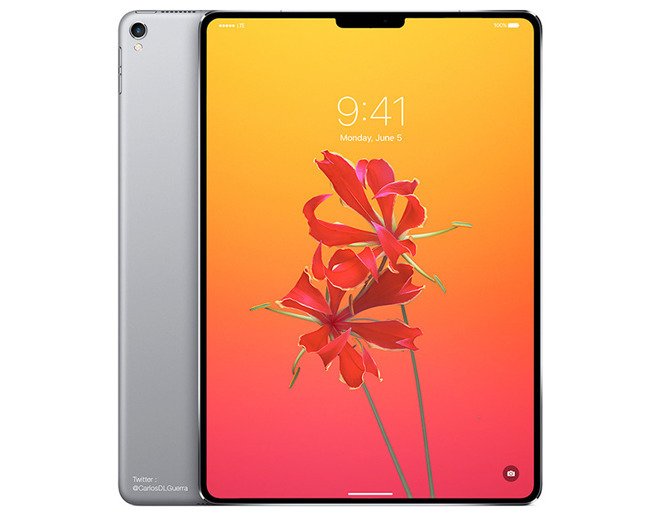 In terms of size, Apple has provided two different versions: 11 inches and 12.9 inches. In addition each of these versions will have two variants differentiated by one concept: WiFi or mobile (cellular according to the brand).

Focusing on the new design, these iPad Pro 2018 feature finer bevels boasting a unibody aluminum body, with physical volume and power buttons and four speakers that are distributed equally on the body: 2 on top and two on the lower one

The body of this iPad has been treated in a very similar way to the new iPhone, with a work based on diamond cut on all its edges, something that gives a premium touch that every user of the apple expects.

As a novelty, Apple has discarded the Lightning connector to make way for a standard such as USB Type C and is a step towards the logic and compatibility with other devices.

The Touch ID fingerprint sensor has been abandoned by Face ID technology, allowing the iPad to be unlocked even in landscape mode. The software used will be iOS 12, so we will have some of the improvements that have been implemented in the new iPhones as the new multitasking function of split view.

Where Apple has placed special emphasis has been on its new A12X Bionic processor, which as you may have guessed is a more powerful version of the A12 present in the iPhone.

Like the original A12, this processor is manufactured in 7 nm and has 10 billion transistors, which has allowed it to increase the number of cores in total. Apple has been very explicit in the following data: 8-core CPU and GPU with 7 cores designed by the brand itself, where in its CPU we find 4 highly efficient cores and the remaining 4 will be performance.

The figures shown by Apple are very specific: + 35% in single Thread and + 90% in multithread compared to its previous iPad. As for the graphics, as Apple they are 1000 times faster, which would match its power and rival the Xbox One S.

So much so that the brand is sure of the power of its new chip, which claimed to be faster than 92% of current laptops, surpassing any Intel Core i7 processor, no doubt greater words.

Apple, as with the other products presented today, will put as release date for this iPad Pro on November 7 of this 2018.