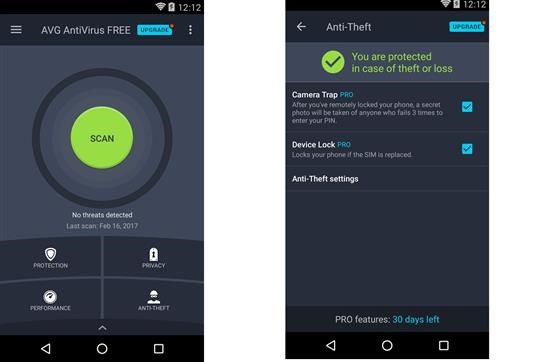 Compatible with both Samsung and other android phones, the AVG antivirus is the number 1 free antivirus for android mobile. It scans applications and games in real time without having any effect on the overall performance. This means that your phone would not bog down with the AVG antivirus application running in the background. It even kills the tasks that it feel would slow down your phone. So, the device keeps running fast at all times.

Samsung Galaxy Note phones are notorious for slowing down after sometime. AVG keeps the entire system and memory optimized to prevent any such slowdowns.

The AVG anti virus app for android makes sure that there are no unsecure settings on your Samsung Galaxy Note. If it founds any, it alerts you and guides you on how to fix them. At the same time, it protects your phone getting infected from malicious applications, malware and spyware. 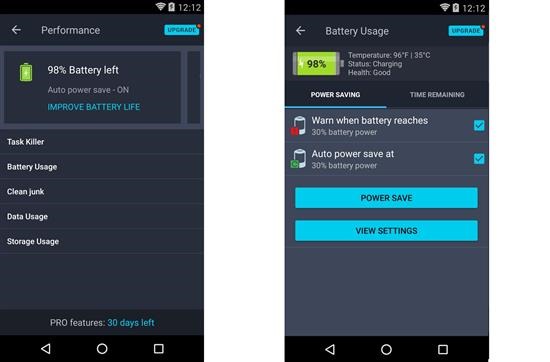 Some other nifty features include encrypted Vault and Wi-Fi feature. In Vault, you can store your most private photos in a way that they are not seen by the smartphone’s Gallery or Photos applications. This way, a stranger or friend cannot gain access to the private photos. The vault is protected by password which is only known by you. 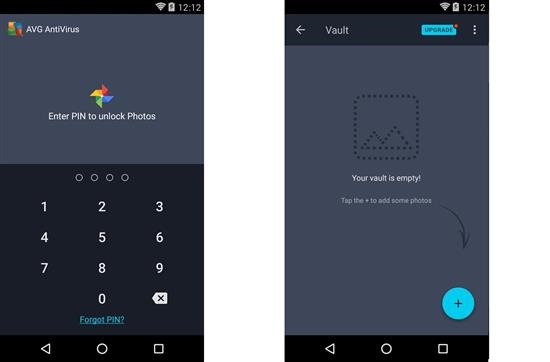 Wi-Fi feature lets you scan the 802.11g/b/n wireless networks around you and gives alerts if there are encryption issues. This way, you only connect to the most secure network. It also sends out alerts to its users when it feels that weak passwords are being used.

Verdict – AVG Antivirus for android phones and tablets is a must have application. Android platform is brimming with malware and such application tightens the security and guards it against malicious apps, viruses, malware and spyware.